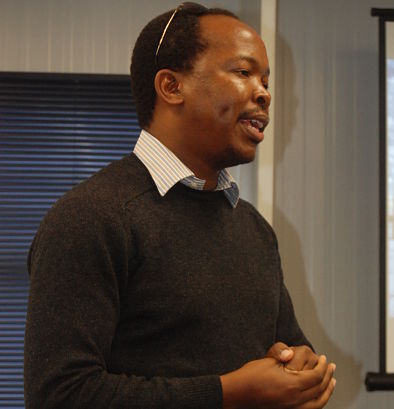 A small East London developer community has seen the start of exciting developer activities, thanks to the multi-stakeholder collaboration between the Eastern Cape CoLab, the Makana Apps Factory, WSU, Rhodes University and University of Fort Hare, Eastern Cape IT Initiative and the East London Industrial Development Zone’s Science and Technology Park.

As a start, this community were involved in a 20-seat, three part Android Mobile Development workshop series started on the 29th of May, with the second session scheduled for the 25th of July. The facilitator, Prof Mamello Thinyane, presented a much commended, captivating session, assisted by the workshop coordinater Sibukele Gumbo.

The workshop series demonstrates the willingness of the SLL team (from Rhodes and Fort Hare) to develop the Eastern Cape community where possible. It also strongly indicates the need for support for the Eastern Cape developer community by provincial organisations.